Back to previous page
Project List
Previous article
Next article
MILESTONE MIPS 2009 SUCCESS FOR JVC
Posted on Thursday, March 26, 2009
Wayne, NJ, 2009 – JVC demonstrated instant integration with a key iPhone/iPod touch mobile video application developer and the versatile convenience of its video surveillance products at the Milestone Integration Platform Symposium (MIPS 2009) held earlier this month in Las Vegas. JVC crowned its presence at the symposium by capturing the prestigious MIPS Manufacturer of the Year award for their line of embedded network video recorders (NVRs), the VR-N1600U and VR-N900U, and complete line of IP network cameras.
Milestone MIPS is the annual forum for open architecture IP video surveillance advocates to evaluate the state of the IP video surveillance industry and demonstrate plug and play applications. JVC is a founding partner in the MIPS forum having participated in every one since inception four years ago.
Together with Lextech Labs, developer of the mobile video surveillance application iRa Pro for iPhone and iPod touch, JVC demonstrated that seamless integration with their widely popular 16-channel VR-N1600U and 9-channel VR-N900U Network Video Recorders is easily achieved through the open architecture API.
In a demonstration on the MIPS show floor, JVC allowed Lextech Labs to log in to one of its VR-N1600U recorders by simply entering a URL into its iRa Pro application on an iPhone. Using the familiar touch interface, the iPhone immediately accessed the video and the group watched as the surveillance cameras located on the opposite coast were controlled remotely. The Lextech software indicates whether the camera is PTZ or static and allows direct control of camera positioning with exceptional video quality and minimal lag.
“It was great to work with the JVC team at MIPS and get hands-on with their technology. The integration between iRa Pro and the JVC DNS was quick, simple, and a true testament to the quality of each of our products,” said Alex Bratton, President & CEO, Lextech Labs.
The ability to achieve instant integration with JVC’s embedded Milestone NVRs combined with user-friendly mobile functionality is tremendous news for JVC’s customers, who can now access and control their surveillance solutions in the palm of their hands from anywhere.
“The test of interoperable open architecture comes when two companies develop complementary products to the same specification and they can plug and play immediately,” said Geoff Anderson, National Marketing Manager for JVC Security Division. “It is like building a bridge from two sides of a river and meeting exactly in the middle. In this case, nothing is left to chance with the open API other developers can use for interoperability.”
JVC will be exhibiting at ISC West April 1-3, 2009 in Las Vegas, booth #8109 where you can see a live demonstration of the iPhone and iPod touch logging into various JVC network recorders from around the globe and located in the booth. 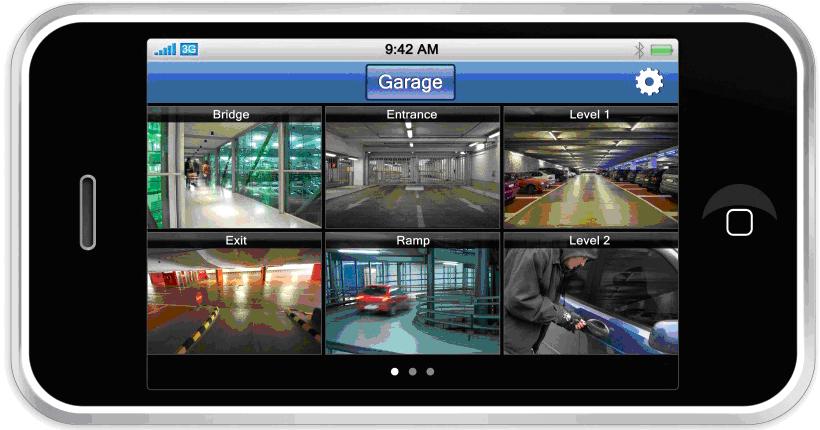 For information about Lextech Labs visit www.lextechlabs.com or call 630-420-9670.
For more information and high-resolution images of JVC’s security product line, visit the JVC Web site at http://pro.jvc.com.
ABOUT JVC PROFESSIONAL PRODUCTS COMPANY
JVC Professional Products Company, located in Wayne, New Jersey, is a leading supplier to the video security industry with a complete line of IP network and analog security cameras, network video recorders, monitors and accessories. For more information about this, or any other JVC Professional Products Company product, contact JVC at (800) 582-5825; or Steven DeRosa at PFS Marketwyse 973-812-8883, ext. 259 or visit JVC’s Web site at http://pro.jvc.com.
You must be logged in to add more than four items to your comparison list.
Register today!
With a free My-iQ account, you'll be able to keep track of the latest updates and event notifications from your favorite AV manufacturers, manage your own projects and discover new pro-AV products.
register now
close
Thank you!
Someone will be in touch with you shortly.
Contact 3D Audio Visual Communications, Inc
close